I like people to think I cover events with a certain amount of professional premeditation. So just how far ahead do I plan?

This Friday I was scoping out Sussex Community College to see if I could find any upcoming cultural events. In the Performing Arts building, I stumbled into a theater occupied by the directors of the Tri-State Actors Theater. They were surprised that I hadn’t heard that Emish would be performing at the Erie Hotel that night at a release party for a new album. They were even more surprised when I said I had never heard their music. (Many readers will have a similar reaction to this post.)

I arrived in Port Jervis with time to spare, possibly a bit more than I would have liked. I was a little curious when I arrived, seeing posters for a different musical act. After some hard-nosed investigative work, in the form of questioning the first waitress I saw, I learned that Emish would be performing in the catering building next door. It was locked, and there was nothing to do but bide my time. I revisited the locked door several times and began to notice Emish t-shirts worn by people loitering around the door. Apparently they knew something I didn’t.

At length the doors were opened, and I followed the crowd in. Emish presented themselves as a five-part band with guitar, bass, drums, flute and fiddle. After a brief introduction, they let it rip.

Their sound was excellent. Chief among their offerings was “In the Devil’s Soil,” with a prominent, driving fiddle part provided by Christy Brown. The vivacious “Sparkle,” the subject of Emish’s new album, was a more up-tempo offering that speaks to whatever gives life meaning. Front man Bobby Curreri’s vocals and lyrics shine here, lending themselves to the joyous nature of the song, and the lively instrumentals really make it pop. “August Air” is an interesting song–I spent a few minutes trying to decide whether the title was actually “Autumn Air.” When I went back and looked at the track descriptions that had been handed out, I remembered why. August Air is all about contrasts, where the singer feels cold and alone despite the summer warmth. I was also impressed by “Remember These Bones,” with a powerful melody that I found very agreeable. In most cases, the music was enlivened by Jen Curreri’s flute.

There were times when the performers’ physicality became interesting in itself. Bobby literally jumped into several of his songs while working the guitar. Jen and Christy moved differently as they played. Christy’s whole body seemed to move into her fiddling. Jen, on the other hand, displayed interesting movements that are difficult to describe without the right words. At certain points, the two of them would come to the front of the band and move together as they played. Even more interestingly, two of the songs involved a special appearance by an Irish dancer (who I have yet to identify) who impressively danced to the pace of Emish’s high-energy music.

Even though I feel like saying something about the group’s contribution to Celtic rock, it seems both unfair and inaccurate to shrink it down to a label. Having been raised on the songs of the Clancy Brothers and Tommy Makem, I have certain preferences and expectations in Celtic music. When I first heard about Emish on Friday, they were described to me as “Celtic rock,” which put me in a specific frame of mind. The Emish website, meanwhile, describes their style as “power folk.” But let’s look at what it all means.

My interviews with the core members of the group–Bobby, Jen, and Christy–revealed the creative process that produces the Emish sound. The name Emish, by the way, was meant to combine “Emo” and “Irish” into a single title. This is a result of Bobby’s cross-pollination; he has worked with such disparate styles as emo, metal, and punk. Bobby explained that he writes the songs, and then Jen and Christy, somewhat more musically traditional, “rein in” the sound and see that it fits with what Emish is supposed to be. I was fascinated by the creative process here. In some ways, I imagine that Bobby has some freedom in how far out he initially writes, since he knows that the ladies will find a way to bring it back to the Emish sound (which, of course, is constantly evolving). Just think–that lovely Emish fiddle and guitar piece could have started life as an emo breakup lament or a speed metal shredfest!

…right, maybe not, but you get the idea.

Anyway, Emish’s Friends of High Point Concert is coming on the 20th of the month. Go check out their website for details, and grab their new CD, Sparkle! 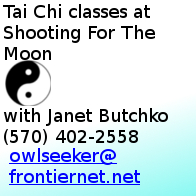 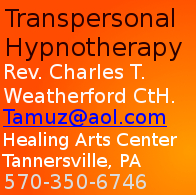